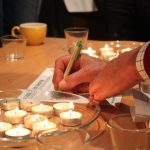 Will Australia shine a light on corruption at the G20 meeting?

We write to you as the chief diplomatic representative of the Australian Government in the Netherlands, to ask that Australia uses its leadership as President of the G20 to ensure global progress on transparency.

Micah Challenge is a global movement made up of Churches and Christian organizations. In the Netherlands Micah connects churches, community organizations, schools, research institutes, philosophical and political institutions. Every year Micah organizes the “Micah Sunday”, to encourage churches worldwide to reflect on ‘doing justice’. Micah also coordinates “Micah Young”, a project to raise awareness among young people to issues of justice, ecology and fairness. Together we are part of EXPOSED, a campaign calling for integrity in business and government so that funds can be freed for the poorest communities in the world.

Around the world, Micah Challenge supporters witness firsthand the harm that  corruption brings to economic growth; how it undermines trust and social cohesion; and prevents public resources reaching their intended destination.

We welcome the statement from Prime Minister Abbott that the meeting will be “the most important meeting of world leaders Australia has ever hosted. I want it to make a lasting difference”.

To do that, in particular we would ask that the G20;

1. Moves towards a global mandatory extractive industry transparency standard. About 3.5 billion people live in countries rich in oil, gas and minerals. Revenue from these sectors is often one of the greatest sources of wealth generated within developing countries, but such wealth often provides little benefit to the people living in these countries, especially the poor.  A lack of transparency in the payment and use of these revenues is a key barrier to removing this ‘resource curse’ and to tackling corruption.

Both the US and EU have passed laws requiring oil, gas and mining firms to publish the payments they make to foreign governments, covering approximately two thirds of the world’s extractive companies.  The remaining countries – where some of world’s major extractive companies are listed and headquartered but not covered by the current legislation – are G20 members, in particular, Australia, South Africa and Brazil.

2. Requires country-by-country reporting for multinational companies for all sectors requiring disclosure of revenue, profit, taxes paid, number of employees and assets in each country the company operates in, which is accessible and usable for all citizens.

Please do all you can to ensure that Australia and other G20 countries make commitments to fight corruption and promote transparency. Such measures will help to create a level playing field for businesses, help governments raise fair taxes and also help poor communities to benefit from their resources.